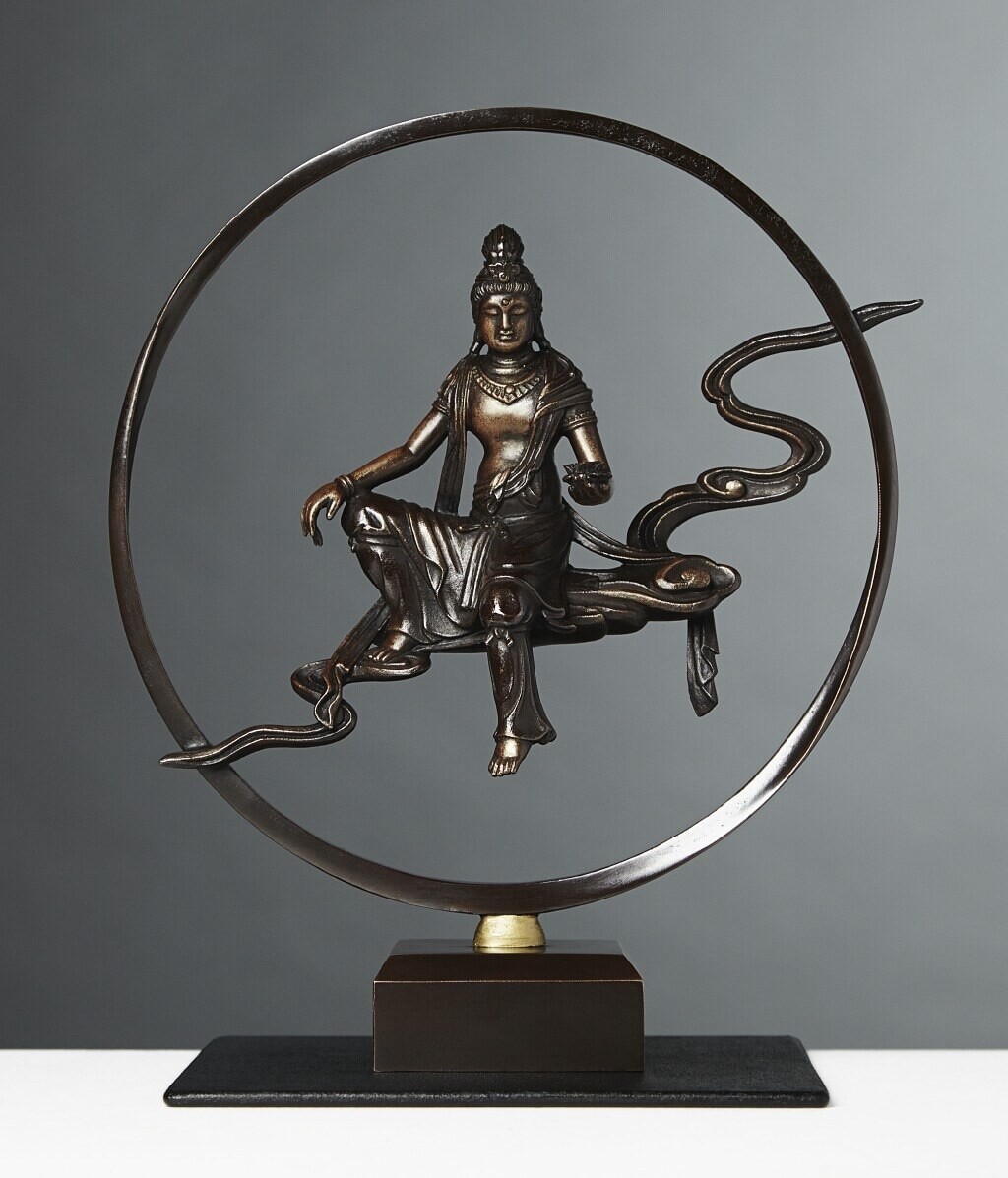 This statue of the Bodhisattva Kannon was created through the partnership of a Japanese sculptor and copperware maker in Takaoka, Japan. The image we usually associate with the Bodhisattva Kannon is one which the statue is standing; however, here the statue is depicted with the moon to its back, sitting upon a cloud with the hand raised in a gesture of salvation. The use of Möbius strip in the moon's design recalls the eternal nature of Kannon's benevolence. The original design was commissioned from Mr. Yoshisada Ishihara (石原良定), a sculptor of Buddhist icons from Inami in Fukuyama prefecture, and completed in collaboration with Butuzou World. The casting was handled by a respected Takaoka copperware maker and was reproduced with meticulous attention to detail through a wax-molding method

This statue, as Butuzou World believes, is not simply meant to be displayed in supplication for divine favor. Instead, having the Bodhisattva close at hand will change the feel of the surrounding space, bringing peace and tranquility to your everyday life, thereby bringing you the ability to live every moment with meaning

This statue was cast using wax mold. The original wooden form, as carved by Buddhist sculpture master Mr. Ishihara, was modeled using clay, into which a mixture of beeswax and resin was poured to create the prototype for the final model. It was then encompassed in a type of dirt called loam and then baked; the melted wax was then poured out, making space for the copper cast to be poured. This manufacturing method was originally passed on in China, and the works created through this method have survived over 3,000 years, even before the time of Zhou Tai, and has seen use in Japan since the Tenpyo era. This nearly perfect method allows the original sculpture to be recreated in exquisite detail, capturing its creators' techniques and creative ability in finest minutia, and the majority of copper sculptures known the world over since ancient times have been made using this technique