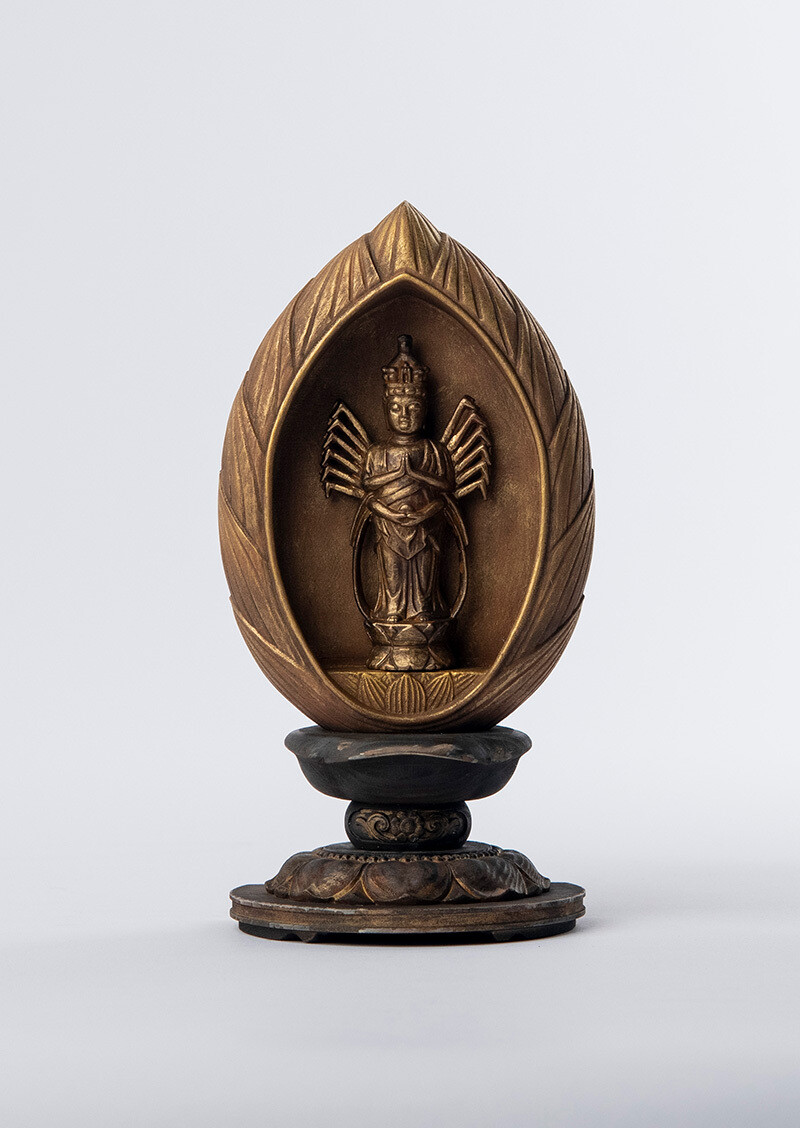 This Buddhist image is a reproduction of the standing gilt bronze statue of the Thousand-Armed Kannon, the guardian deity of the hero Minamoto no Yoshitsune, which was believed to have supported his miraculous military exploits. It is believed that the Buddhist altar and lotus seat were made during the Kamakura era, while the statue itself was crafted later. The sculpture has several features that distinguish it from similar depictions of the Thousand-Armed Kannon, like the clasped hands in front of the chest, a jeweled hand in front of the stomach, and 6 arms on the left and right sides for a total of 16 arms, likely because of its small size of only seven 7 centimeters.

The Thousand-Armed Kannon, formally known as the Thousand-handed, Thousand-eyed Avalokiteshvara, perceives all sentient beings who experience suffering with the thousand eyes on its palms and frees them from their suffering with its thousand hands. Its vast and limitless virtue and mercy earned it the titles "Mahavairocana Kannon" and "Lotus King," signifying the greatest of the Kannons. It is believed to have been worshipped during the reign of Yoshitsune because of its ability to fulfill wishes, ward off calamities, prolong life, and cure illnesses, among other worldly benefits. Yoshitsune dedicated the standing gilt bronze statue of the Thousand-Armed Kannon to a temple in Kyoto in the New Year of 1184.