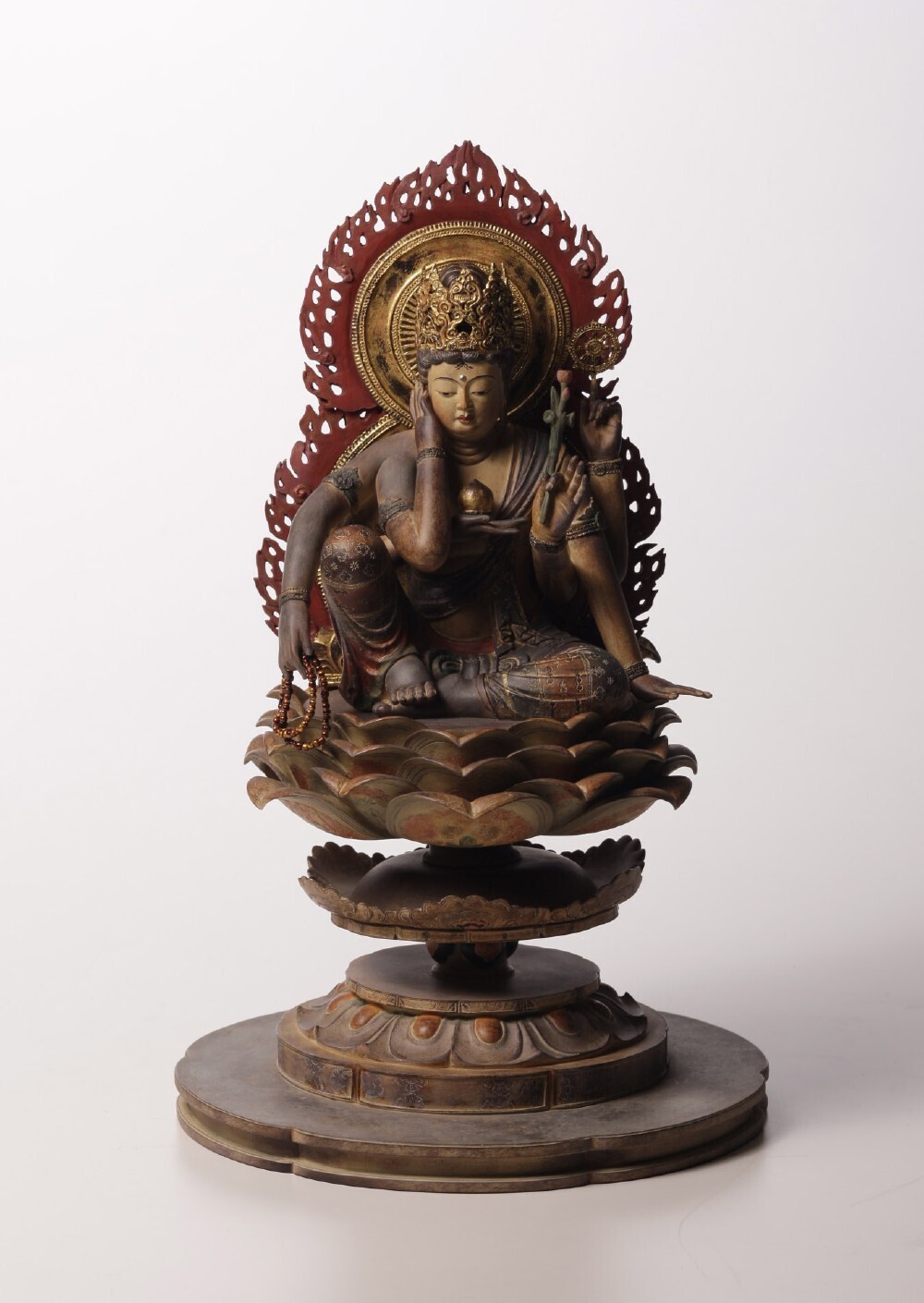 The Nyoirin Kannon, one of the six forms of the Kannon, is a wish-fulfilling form of Kannon. Holding the wish-fulfilling jewel, it grants wishes according to one's desires and uses the Dharma wheel to strike down afflictions, spreading Buddhist teachings, liberating beings from suffering in the six realms, and bestowing wisdom and blessings. This Kannon is a revered deity in Buddhism, known for its ability to transform in order to save and aid individuals. Holding the powerful wish-fulfilling jewel, this form of Kannon is able to grant the desires of those who call upon it, striking down negative thoughts and emotions with the use of the Dharma wheel. It is also believed to spread Buddhist teachings and help liberate beings from suffering in the six realms, ultimately bestowing wisdom and blessings upon those who call upon it.

This statue is a replica of one of the National Treasures in Osaka. It is believed to be created by the wish of Tachibana no Kachiko, the consort of the Emperor Saga, and also there is a theory that it was created to pray for the recovery of her weak son, Emperor Ninmyō. As it has been kept as a secret Buddha for a long time, the original colors from the time of its creation still remain on the entire statue (except for the back), and the realistic limbs and sharp eyes give a sensual and aesthetic beauty. Despite its unusual six-armed form, the statue's harmonious and mysterious shape is highly regarded as one of the masterpieces of esoteric Buddhist art. Isumu has expertly reproduced this miraculous sculpture without compromising its beauty. Carefully painting each detail, including the vibrant colors remaining on the lotus petals and skirt, and using gold leaf generously on the crown, Dharma wheel, arm ornaments, and treasure jewel to enhance the overall appearance. Additionally, the statue has been given a subtle, yet striking, radiance that further accentuates its presence.