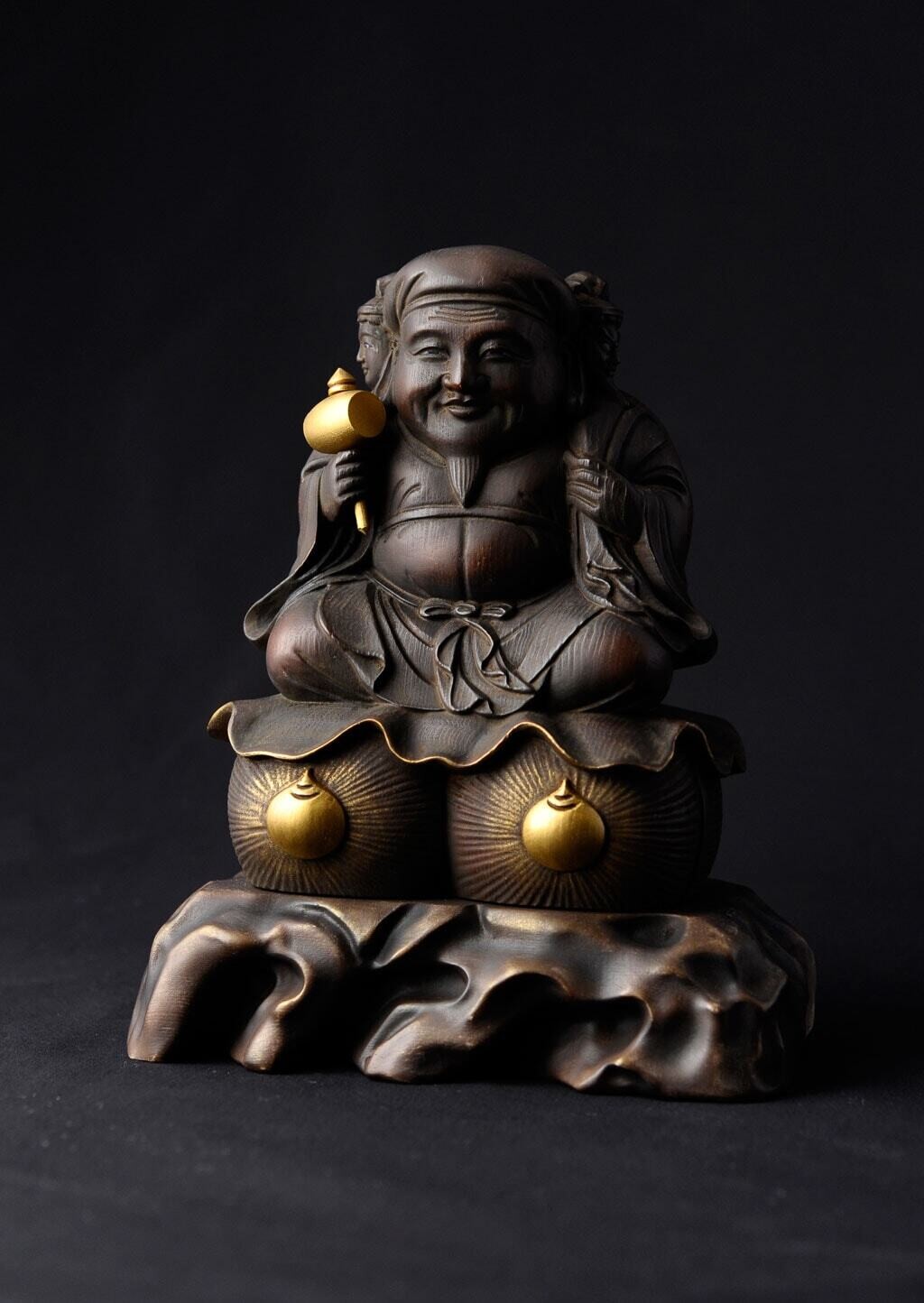 A meeting with Sanmen Daikoku-ten is said to be behind Hideyoshi's success. Butuzou World reproduced this statue which is even now passed down in Hideyoshi's ancestral temple faithfully - Ye Zhiyuan, Chinese genius of the sculpting world, meticulously carved the main body and distinctive pedestal, and the production studio of Isumu did the coloring under the close supervision of Chihiro Takamura.

We hope this statue lets you share in the power of good luck that Sanmen Daikoku-ten holds and in Hideyoshi's successful rise.

About Chihiro Takamura: Born in Tokyo in 1962, she entered Joshibi University of Art and Design (majoring in oil-painting) after high school graduation. In 1987, she was taken in as a student by Fuzan Hirano, a master of colored woodcraft. For the next 20 years, she devoted herself to her craft and began painting wooden statues based in Buddhist imagery and Japanese classics. More recently, she independently established the Chihiro Takamura Painting Institute. Her diverse creative talent ranges from familiar imagery to works of profound artistic merit.. In examining the works of Chihiro Takamura, it is worth noting that up until the Edo Period it was normal to apply color to Buddhist statues, but this changed during the Meiji Period when the formalistic ideas of Western Sculpture became pervasive and the coloring of Buddhist statues stopped. In contrast to such climate of the times, the revival of ancient Japanese colored wood carving was made possible largely due to the efforts of Denchu Hiragushi, a giant of Japanese sculpture world who received the Order of Culture. Denchu left behind many famous works and the color work for these works were mostly taken charge of by the colorist Fuzan Hirano. Chihiro Takamura is a legitimate successor of Fuzan and is the foremost figure in the coloring of Buddhist statues today.