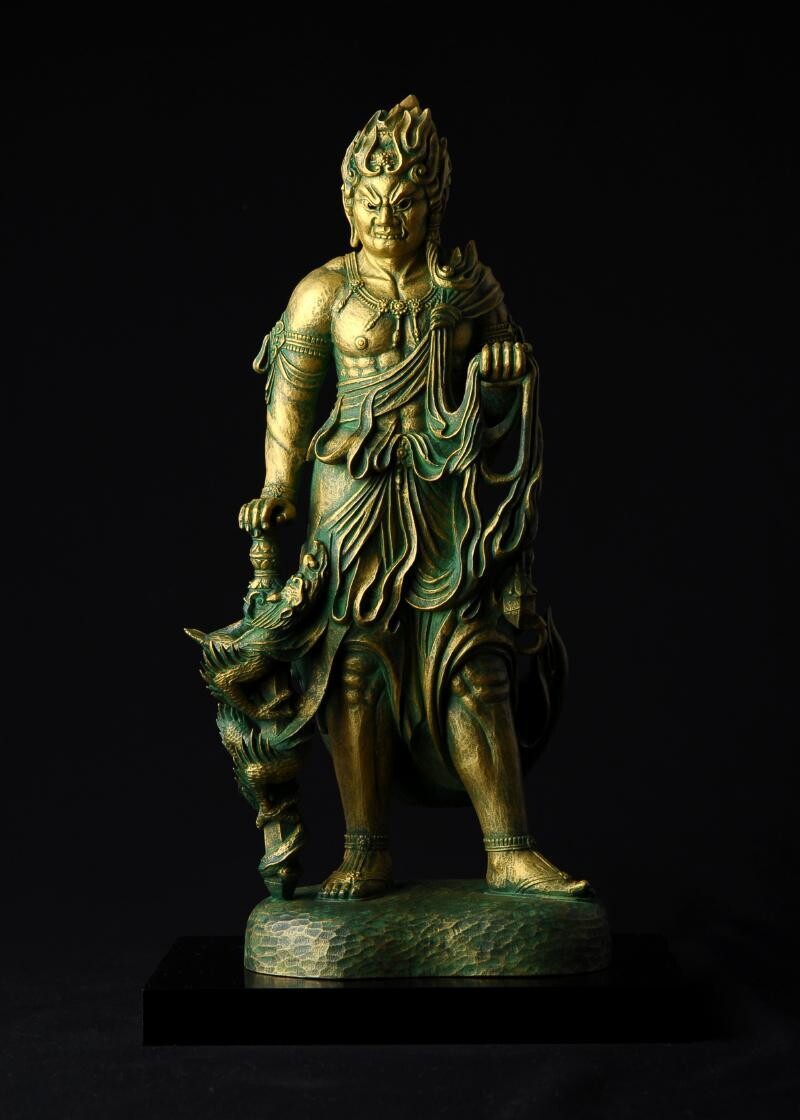 In Japan, Fudo Myoo (Acala) has been widely popular and venerated. Although the Fudo Myoo looks as though it is a god of battle or war, it actually is very merciful and he provides salvation to people who suffer from polluting thoughts such as greed, hatred and delusion, all of which result in suffering. It is thought that he makes use of his lariat and sword to eliminate such polluting thoughts, thereby helping us attain enlightenment.

This statue is a replica of the work Sohrin Matsuhisa completed in 1982, which is truly a unique and awe-inspiring representation of the Fudo Myoo. On top of the bronze, pure gold has been applied by hand.