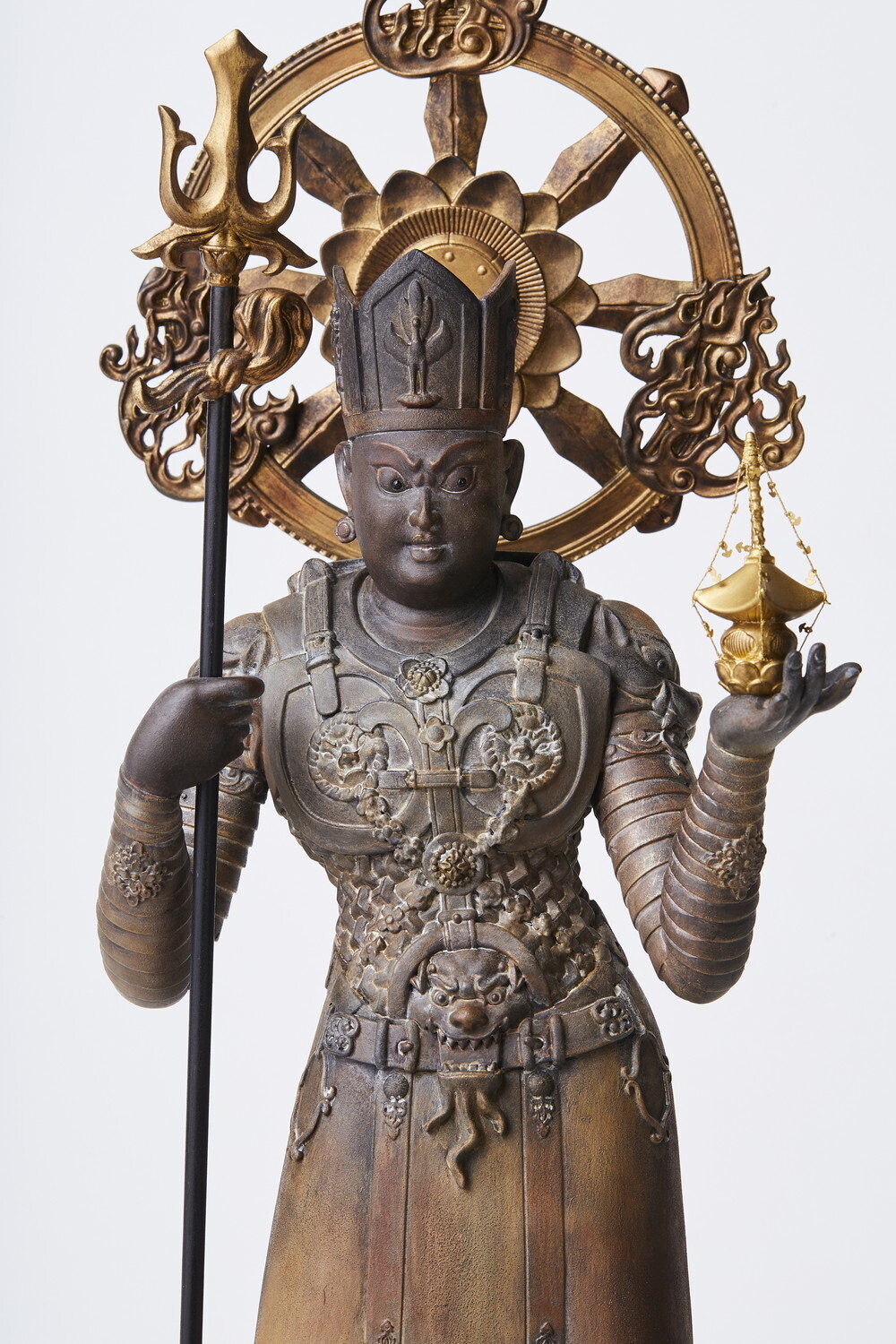 It's said that the word "Tobatsu" is derived from a word which referred to what the Tang called its western realms. The statue is very different from the usual Bishamonten statues, which has an exotic appearance with a chain called "golden chain armor" and a tall crown, standing with both feet on top of the outstretched palms of Chitennyo's hands.

The national treasure is a model belonging to Toji Temple, "a wooden statue of Tobatsu Bishamonten". It is said the statue was placed on top of the top of the Rajomon Gate in front of the Heian-kyo. Characterized by its exotic beauty, many copies of the statue remain, particularly in Kyoto and Nara.

The "S-Class Bishamonten", produced by Isumu based on detailed data, is the tallest in Isumu's history at 60cm. We were particularly careful in reproducing details such as facial expressions, poses, and armor that strongly express the characteristics of the western region. It is the best art that Isumu offers today, adding color to everyday life.