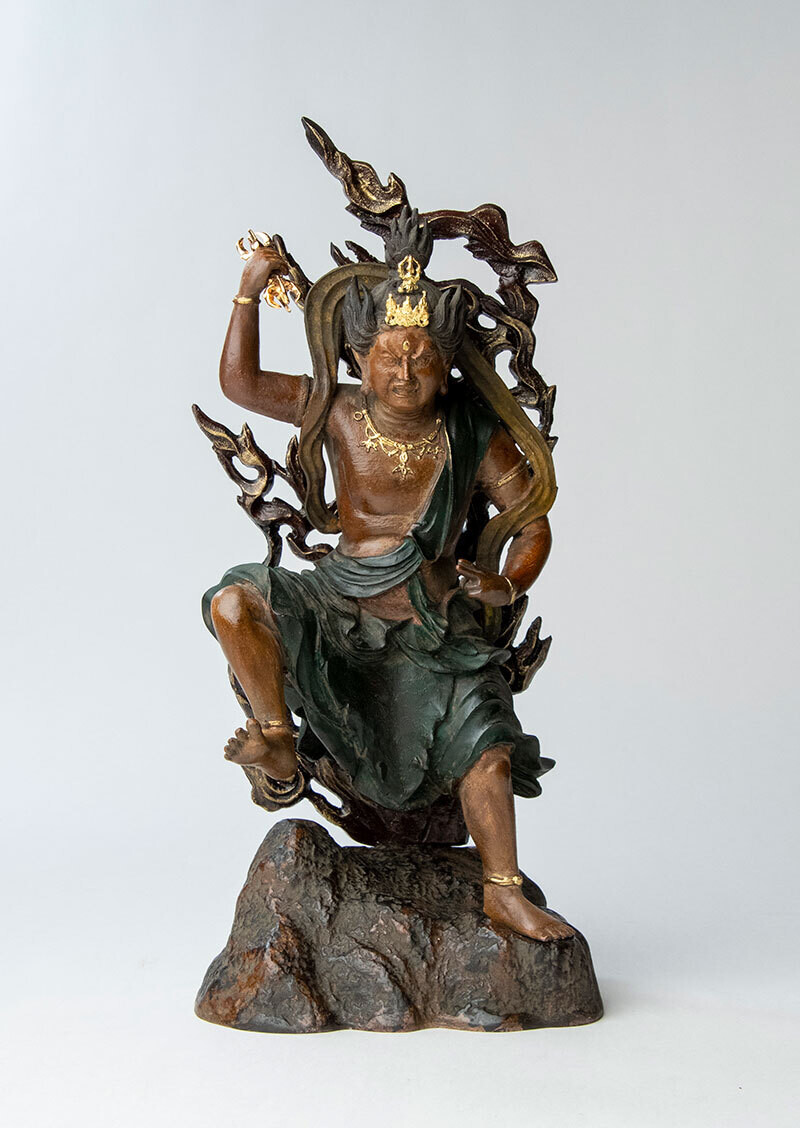 Zao Gongen is a deity between Shinto (indigenous religion of Japan) and Buddhism. Zao Gongen's statues are only seen in Japan. This posture represents the moment when the deity sprung forth out of the rocks, and the youthful and fierce expression combined with the red flames lend a regal air to the statue.

This bronze statue is a replica of the original statue made by the Keiha (慶派) Japanese Buddhist sculptor who was active in Nara during the Kamakura period (1185–1333). The original design of this bronze statue was commissioned from Mr. Maruyama (丸山明慧), a sculptor of Buddhist icons. Urushi was used in the final stages of the manufacturing process, so that the texture is expressed differently in each part of the statue.