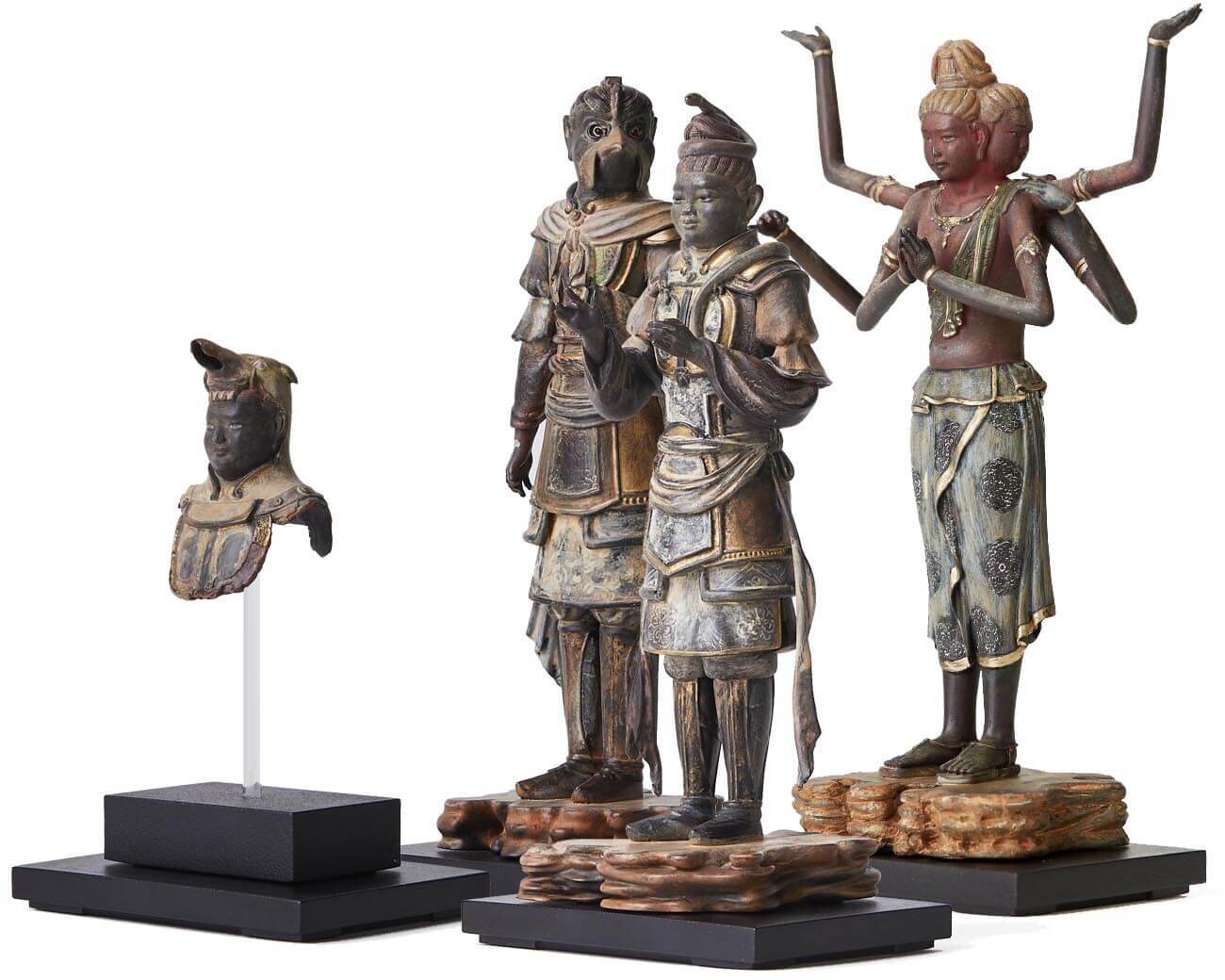 The "Lacquered Eight Guardian Deities Statue" which serves as the model for this Buddhist statue, is a National Treasure and it was commissioned by the Empress Kōmyō in 734 as an offering for the first anniversary of her mother's death. It was created as part of a group of 28 statues depicting the assembly of Shakyamuni Buddha described in the sutra "Golden Light Sutra" but many of them were lost due to war and natural disasters. However, all eight statues of the Eight Guardian Deities miraculously survive today.

The Eight Guardian Deities are a group of ancient Indian gods who, according to legend, heard the teachings of the Buddha and became protective deities of Buddhism. They are listed in the sutras as "Deva, Naga, Yaksha, Kirtimukha, Asura, Garuda, Kinnara, and Mahoraga" but the statues of the model have different names. Half of them are in the form of a young boy, rather than fierce protectors against external enemies, they seem to be facing their own inner selves. This artwork is considered as one of the masterpieces of the Buddhism culture that flourished during the Heian period and stands out with its unique presence.