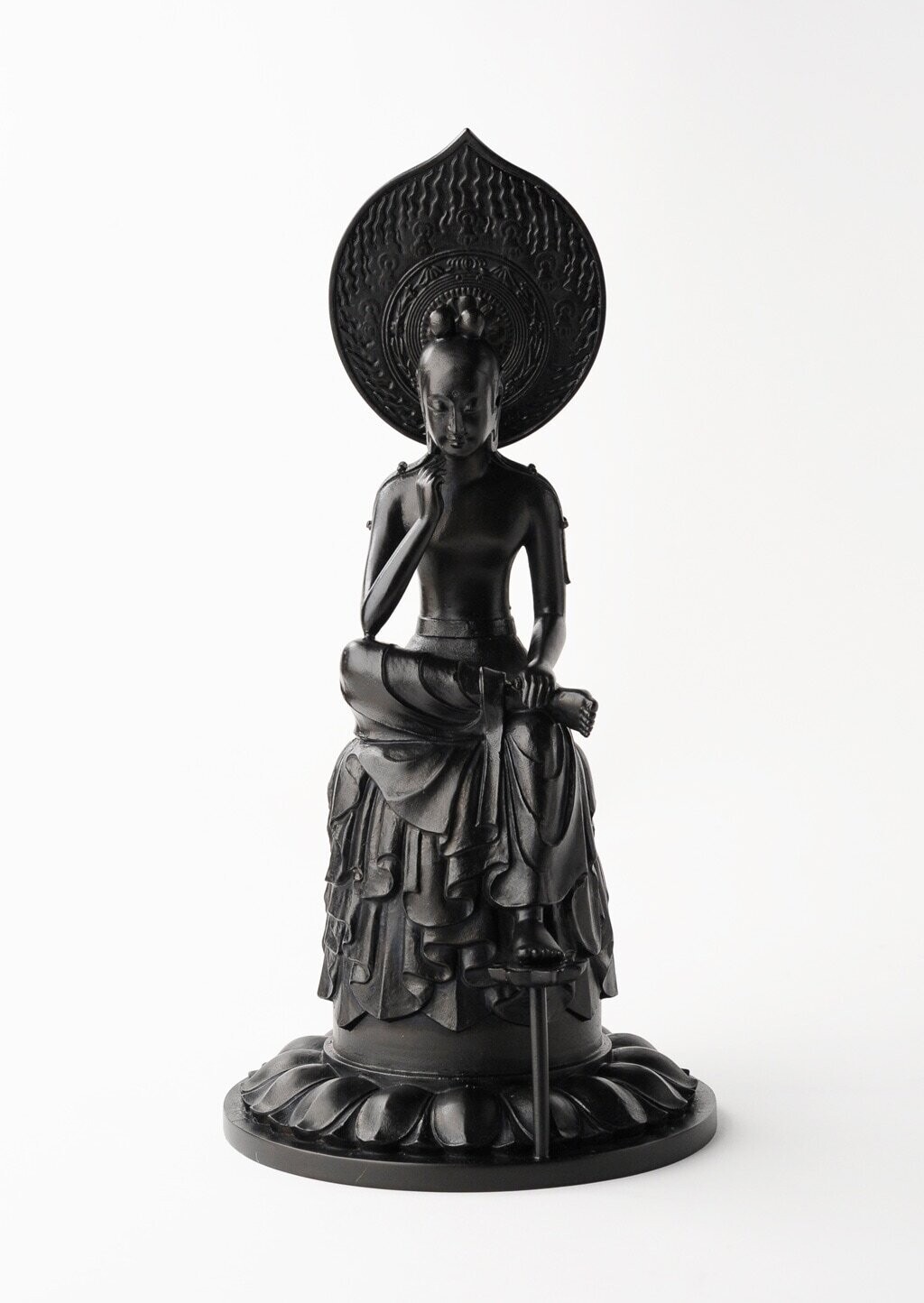 BWLD0073
¥135,000
In stock
1
Product Details
Brand: Butuzou World
The original design of this bronze statue was commissioned from Mr. Junji Kohri (郡順治), an internationally renowned metal shaper. Mr. Kohri
was born in Matsuyama , Ehime in 1968. After receiving a graduate degree in casting in 1994 from Kanazawa College of Art, Mr. Kohri became an apprentice of a master who specializes in the creation of copperware prototypes. He has received numerous awards, including First Place in Kanazawa International Competition. He created the prototypes of "Hashire!" (走れ!) located at Korinbo (香林坊), Kanazawa in Ishikawa prefecture and "Hiroshima Carp Tanjo Monogatari (広島カープ誕生物語)" located at Matsuda Stadium in Hiroshima City in Hiroshima prefecture.
Urushi was used in the final stages of the making the bronze statue, in order to add depth to the expression. This bronze statue is a reproduction of the Japanese national treasure made in the Asuka period (lasting from 538 to 710 (or 592 to 645)), and its size is about a quarter of the original. The statue represents the Bosatsu Hanka's contemplation of the way of saving people as he practices methods of enlightenment. Its exquisitely beautiful smile is considered one of the three great smiles in the art world, along with the Great Sphinx of Giza and the Mona Lisa.
This statue will be made after your order, using Takaoka bronze sculpting techniques. With a 400 year history of manufacturing copperware, the city of Takaoka is Japan's foremost producer of cast sculpted Buddhist statues. Statues crafted here are painstakingly molded, cast, finished, and colored by the hands of craftsmen who have inherited traditional manufacturing techniques.
Historically, Takaoka copperware was founded in 1611 when Toshinaga Maeda (前田利長), second lord of the Kaga fiefdom (加賀藩) and the man who would later become the founding father of Takaoka, sent word to Tannan in the Kawachi Province (河内国丹南郡), known as the birthplace of casting, to send seven of their finest casting masters to come open a foundry in Kanayamachi (金屋町) in a bid to promote the prosperity of his people. These efforts were focused primarily on iron casting at the time, but by the middle of the Edo period, they began to see success in the field of copper casting. As their prowess in this craft further advanced going into the Meiji period, their works were showcased at exhibitions to enjoy international acclaim, with their artistic copperwares going on to carve out a niche for them in the world of exports. In 1975, Takaoka copperware received primary designation for Japan’s Nationally Designated Traditional Craft Products.
Save this product for later
Display prices in: JPY